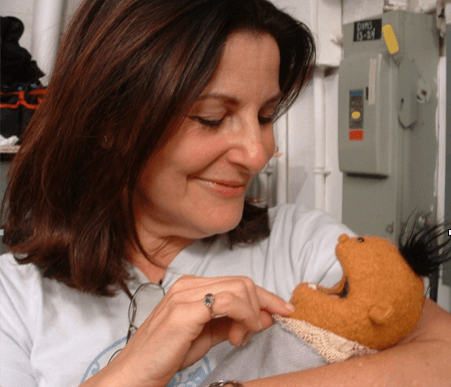 Sharon Lerner is an Emmy Award-winning writer and producer who helped develop two highly-acclaimed television series, Sesame Street and Between the Lions. While a vice president and publisher of the Children’s Multimedia Division at Random House, she created many award-winning audio, video and multimedia educational projects.

Above, tending to one of the younger puppets on The Tales of Disasters shoot.