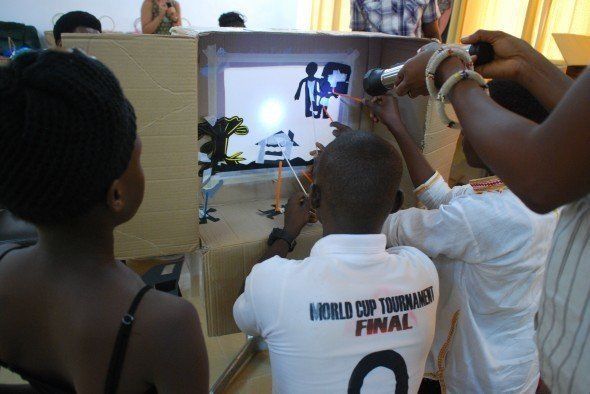 Tim Lagasse has puppeteered some of our most colourful characters on shoots. He also worked on two of our workshops, encouraging various approaches with his ultra-high energy; among them, shadows. Using a box, a torch, some cut out scenery and characters, delegates couldn’t believe how easy it was to make a story come to life.

Because it went so well, artistic director Kathy Mullen decided to incorporate the idea of shadow puppets into a new script for children affected by the crisis in Syria. We’ve used shadow puppetry in various films to date, particularly ChucheQhalin (see above), where they’re a useful device for portraying a fast action sequence, but this is the first time they’ll have been introduced specifically as an idea children can copy to bring messages to life themselves after watching the film.