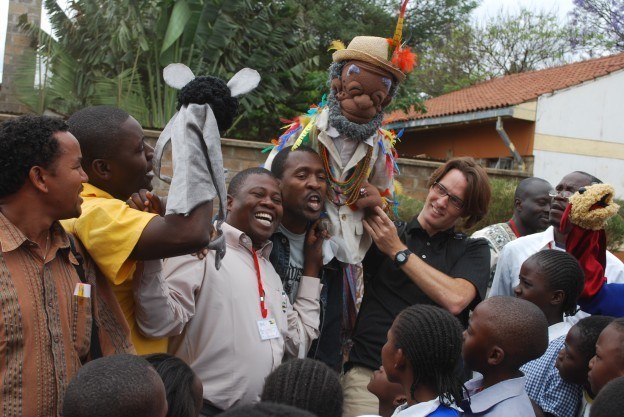 Ron has worked on numerous network television shows as well as creating his own works of puppet theatre. He has been the head puppeteer on the Comedy Central show Crank Yankers, and the Nickelodeon show Lazy Town. He has been nominated for an Emmy award for his work on the Disney Channel show The Book of Pooh, and the Nickelodeon show Wubbulous World of Dr Seuss, having spent five years as a puppet designer and builder at the Jim Henson Company. As well as playing lead roles in the No Strings Tales of Disasters, Two Gardens and Kibing! films, Ron has been a key part of the in-country workshop team.

Here, Ron during a workshop in Nairobi, Kenya.