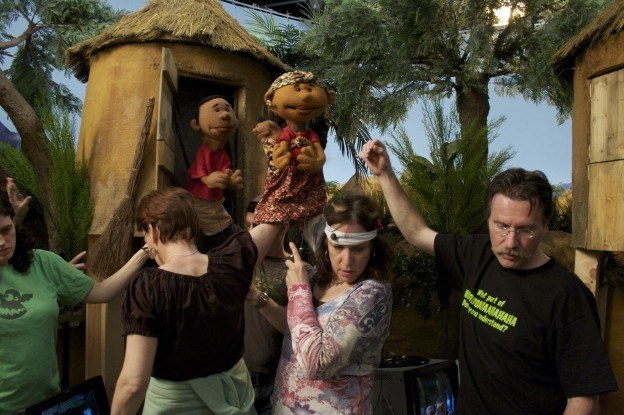 As well as acting and performing in Lomax the Hound of Music as Louise, Pam Arciero is a principal puppeteer with Sesame Street and Between the Lions, performing numerous characters, most notably Grundgetta Grouch and Leona Lion, respectively. She is the artistic director of the Eugene O’Neill Puppetry Conference in Connecticut, USA. Pam has worked on many adult and children’s programs including Blue’s Clues, Blue’s Room, Chappell’s Show, Allegra’s Window, The Wubbulous World of Dr Seuss, TV Funhouse, Eureeka’s Castle and The Great Space Coaster.

Pam, white head band, on set during filming of the HIV and gender-awareness Kibing! series.