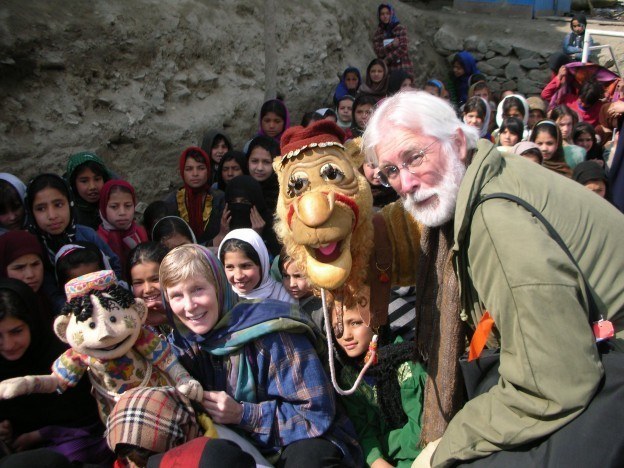 One of Michael’s early sketches of Fozzie Bear. (c) All Rights Reserved, The Walt Disney Company

Having created the likes of Fozzie Bear, Animal and the Electric Mayhem Band, the Fraggle Rock characters and countless others, Michael brings unparalleled skills to No Strings, designing the puppet characters and sets and shaping the overall look of productions.

The former executive vice president, art director, designer and head of creative services over a 21-year career with the Jim Henson Company, Michael Frith has been intensely involved in the world of family entertainment for some 40 years, and has won numerous awards and international recognition for his creative work.

Before moving into the world of puppets, Michael was president of the Harvard Lampoon, and then editor-in-chief for Random House’s Beginner Book series, working with Ted Geisel, better known as Dr Seuss. Executive vice president of the Jim Henson Company, Michael has made a huge contribution to the world of TV and film puppetry (ARR Walt Disney Co)

Becoming a key member of the creative teams behind Jim Henson’s greatest successes, Michael conceived and designed scores of television’s most popular characters, from Sesame Street to The Muppet Show, Saturday Night Live and a myriad other Henson productions

He co-created and designed the shows Fraggle Rock, Muppet Babies, Dog City, and The Wubbulous World of Dr. Seuss. On leaving the Muppets, Michael developed the PBS reading show, Between The Lions.