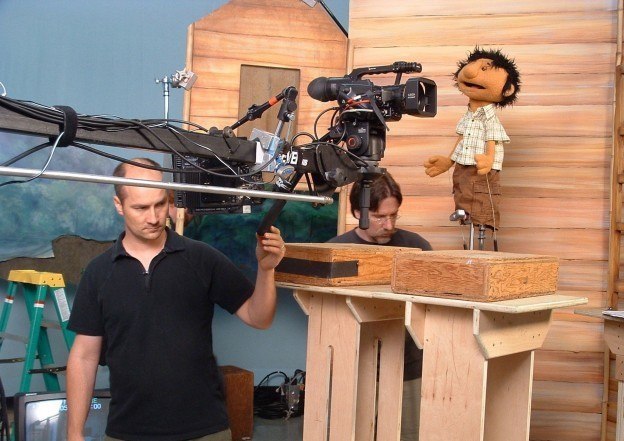 Luke’s feature work includes the huge hits Borat and Bruno, as well as The Frankenstein Theory and the beloved Muppets Letter to Santa. He was the eye behind the acclaimed documentaries Buck and Helvetica, as well as his science experiment film Space Balloon. Luke received an Oscar nomination in 2012 for the short film Time Freak. Luke has been on the No Strings production team from the start, as both cinematographer and director.

Pictured here on The Tales of Disasters shoot.