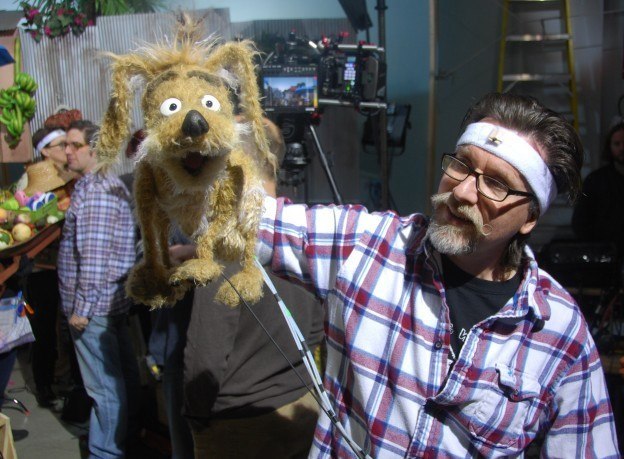 Jim brings a multitude of skills to the No Strings set as a top puppeteer, coordinator, and an incredibly skilled puppet builder, specialising in mechanisms and special effects. He also directs some of the films.

Outside of the organisation, his puppeteering career has brought him a myriad credits including Between the Lions, Bear in the Big Blue House, The Book of Pooh, Eureeka’s Castle and Johnny and the Sprites. Jim is a partner in 3/Design Studio, designing and building fabulous puppet creations.

Seen here puppeteering stray dog Buddy on the set of The Wishing Ring, a No Strings film on child protection issues for children in Haiti.