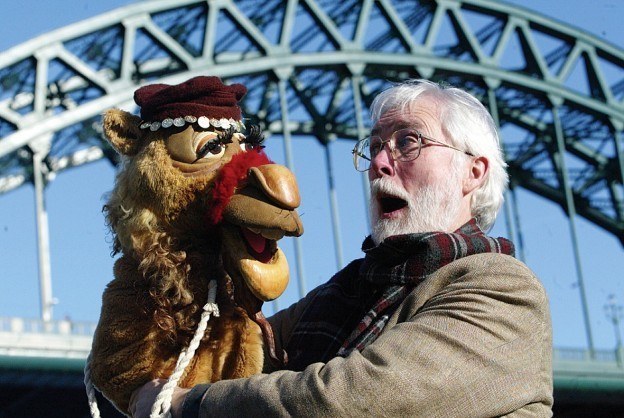 Jaladul is a beautiful puppet and a lovely personality, a star of the landmine-awareness film ChucheQhalin made for children in Afghanistan. He plays the role of Chuchi’s ‘helper guide’, making sure he stays on message about walking on well-trodden paths, avoiding derelict buildings, and so forth. Big, strong and dependable, Jaladul is hoping for a walk-on appearance in the new Syria films that are currently in development.

Jaladul has travelled Afghanistan, India, Sri Lanka, the United States, yet is particularly fond of Newcastle-upon-Tyne. Seen here next to its famous Tyne Bridge, with Jaladul’s creator Michael Frith.

Not a lot of people know he was named after Kathy and Michael’s dog in Bermuda.