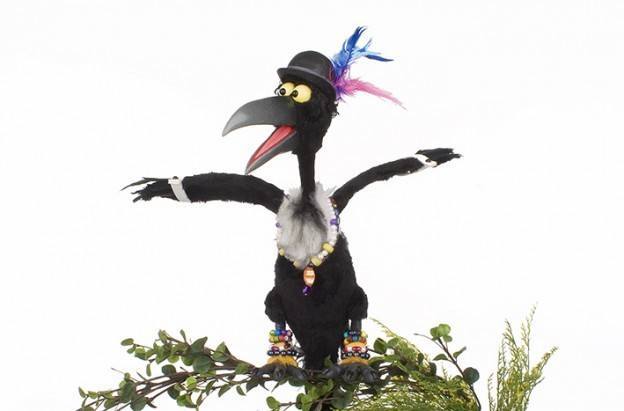 A Frith-designed, Kroupa-built character about the same size as Squirrel, Crow appears in the Kibing! films that deal with HIV and gender awareness.

“Puppets are really gimmicks, but working from Michael’s drawings, you can really see the whimsy,” Jim Kroupa says. “He gave me a design where the crow’s eyes obviously had lids. I scaled up the drawing and realised, wow, that’s a pretty small head to put all the mechs in. So I started thinking his hat could rise and fall to get the same expression Michael was seeking. My aim is for it to seem very natural, so when you watch the performance it doesn’t look like a mechanism.”